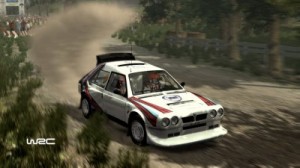 A demo of the WRC Official rally game has been released on XBox Live. The demo features two playable stages with two cars to drive those stages on. Judging by the demo, the game looks like it could be a winner. Graphics are very good but I felt the audio was not quite as good as the Dirt series of rally games. The varying levels of difficulty make the game very interesting as the car can be damaged which affects speed, steering and braking. I may have to play the demo a bit more to decide whether it is worth purchasing or not.