Codemasters provide another peek at F1 2010 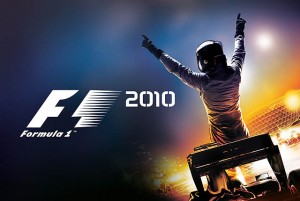 While many of us have been patiently waiting for Gran Turismo 5 to finally appear (me included), the fine people at Codemasters have release some footage of their upcoming installment of their F1 title. The UK release date is set for September 24th for the Xbox 360 PlayStation 3 and PC. From the looks of these videos they have certainly upped their game, but then we would expect no less with GT5 on the horizon. In this newly released footage we get a glimpse into sunset/night racing at tracks such as Yas Marina Circuit (Abu Dhabi) and the streets of Singapore Grand Prix. Until GT5 , this could be enough to keep you going!

Read more for the Videos and press release

FORMULA ONE stars race into the night in the new F1 2010 gameplay video released by Codemasters®, now showing at www.formula1-game.com. F1 2010 will be released on September 21 in North America and September 23rd across EPAC territories with a UK street date of September 24th for the Xbox 360® video game and entertainment system from Microsoft®, PlayStation®3 computer entertainment system and PC Games For Windows®.

Showcasing the stunning lighting effects from F1 2010, the new gameplay video features the full 24-car grid taking on the spectacular Singapore night race.  For the first time in a FORMULA ONE videogame, players will experience night racing in high-definition as they go wheel-to-wheel on the city streets, set against a backdrop of fireworks and skyscrapers. F1 2010, powered by the award-winning EGO engine, authentically recreates the effect of the circuit’s hundreds of thousands of individual light sources as stars including Lewis Hamilon, Fernando Alonso and Sebastian Vettel take on one of the most dramatic events on the FORMULA ONE calendar.

The video also showcases the world’s finest racing drivers slicing and dicing at Yas Marina. The 2010 FORMULA 1 ETIHAD AIRWAYS ABU DHABI GRAND PRIX is shown as the race takes place at dusk, highlighting the unique atmosphere at the circuit set to host the final round of the thrilling 2010 FIA FORMULA ONE WORLD CHAMPIONSHIPTM.

F1 2010, the official game of FORMULA ONE, will include all of the official teams, drivers and circuits featuring from this season’s thrilling competition. The game can be enjoyed in an extensive career mode, a range of quick-fire races and time trials or full GRAND PRIXTM weekends. Players will experience the exhilaration of racing motorsport’s most advanced cars at the world’s finest circuits, in single player and online multiplayer modes.

In production at Codemasters Studios Birmingham, F1 2010 is being developed on the EGOTM Game Technology Platform, an evolution of the engine that powered the critically acclaimed, million-plus selling DiRT 2 and GRIDTM. The under-the hood technology has been tuned to simulate the unique aerodynamics and handling of 200MPH+ FORMULA ONE cars, taking players closer to the sport than ever before.

FORMULA ONE fans can watch the new video by speeding over to www.formula1-game.com, the home for all the latest screens, news and videos straight from the studio.  F1 2010 will be released September 21, 2010 for Xbox 360, PlayStation 3 and Games for Windows.