The Future Of Motoring 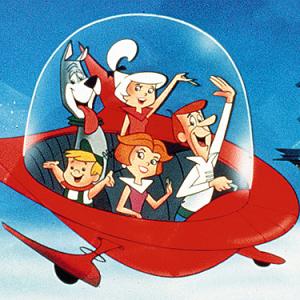 The Future Of Motoring

With the spiralling costs associated with motoring, many people are starting to consider what the future of the industry will be. The first public refuelling station was opened in Swindon this year for those who get around in hydrogen vehicles while Nissan have just unveiled new technology which the manufacturer hopes will be able to power homes.

There is so much talk about how motoring will look in the future, and how we will be able to fit renewable energy into this. Currently, energy that is renewable by definition is unreliable in terms of using it for our constant power source but there’s no doubt that the drive for a greener planet will see an increase in different technology.

That said, it’s not time to be writing off your current cars or stop searching the market for the best used cars. In fact, it may even be more of a reason to, because a shift in preference lends itself to a whole world of opportunity for the collector. Enough small talk, let’s have a look at the future motoring possibilities.

Nissan Leaf technology
We’ll start topically, with the latest far-fetched sounding idea. Electric cars have been produced by nearly every manufacturer in the last decade but it’s still unknown how it will work in the future. This technology is more inventive than you could ever imagine, with the Japanese company hoping that this car could do our washing or boil our kettles.

With many companies hoping for consumers to step away from using the main grid system and look for smarter ways to provide their homes with energy, this can be plugged into the house for that very reason.

It is believed that the 24kW per hour battery that the Nissan Leaf would have, can power the home for two days – that’s all the appliances like the fridge, television, fan and lights covered. Thousands of these cars have already been sold, and the box that will allow this energy usage goes on sale in March – although it is priced at more than £4,000.

Is this the end for electric and hydrogen concepts?
Of course not. The futuristic concepts of the motor industry have been around for many years, and all of these styles will be able to work alongside each other on the market. They all have their uses, and will make for a cleaner world in the long term.

One thing to consider is that electric cars still have a long way to go – they currently struggle to do more than 60 miles at a time, and while hydrogen cars are as easy to run as petrol or diesel they still struggle to build up a market share.