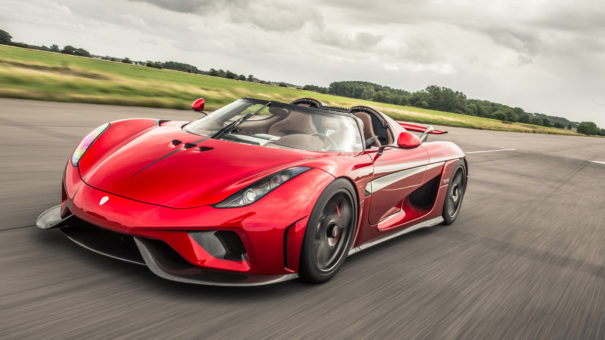 For those wondering about the power required to perform such a feat, the Regera is a hybrid. Unlike your sad Uncles Prius, the combined total of both power trains produces over 1500 hp (1.11 MW) and over 2000 Nm of torque.

CEO and Founder Christian von Koenigsegg commented on the achievement, “This was a good opportunity to showcase the true capability of the Regera’s one-of-a-kind Direct Drive transmission. As the Regera only has one gear we had to make use of it from standstill to the record top speed of 403 km/h (or 250 mph) limited by rpm.”

With this in mind, how long until The Regera challenges Bugatti’s 300MPG run