Electric Cars – What Are We Afraid Of? 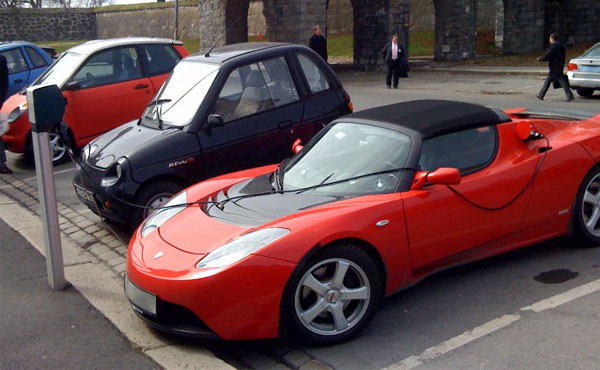 Electric cars have been zooming round the corner for some time now – even as far back as the 1970s, it was rumoured that the internal combustion engine had had its day. Nowadays, it’s the electric car that’s driving the buzz for change, as an increasingly conscious society search for solutions to carbon emissions and climate change. So if electric cars are really the future, (and have been for over 30 years), why are so many of us still driving round in clapped out Corsa’s and petrol guzzling  Punto’s? It’s undeniable that EV’s are more widely available than ever before, with the past decade seeing the release of many high-quality, eco-friendly electric models. But adoption rates have remained low, even with the introduction of a government subsidy to reduce the price. If the car industry is going electric, why are so many of us not feeling the buzz?

For many, the biggest problem with electric cars is the battery. The early acid types were bulky, heavy, had restricted range and struggled to reach high speeds, leading to a widespread aversion to electric cars, and a scepticism about their abilities. However, the latest lithium batteries of current electric models are much more compact, lighter, and offer greater range.

One of our biggest fears when it comes to electric cars is how far you can go on the battery, before you have to worry about charging again. Other worries are ‘how often do I need to charge my battery’, and ‘what happens if I break down?!’ It seems these concerns are address by the BMW i3, released last year. The i3 boasts a built-in satnav that will not only direct you to your destination, but also offers a ‘multimodal route’ option, which will automatically go online and tell you whether the destination is beyond your range. If so, it will suggest other options, find you a charge point with easy public transport links, and figure out how you can get there. It even syncs automatically with your phone, as all i3’s come with a free smartphone app that enables you to check your car’s status (remaining range, charge time etc.) at any time, from anywhere. There’s also the option of a range extender under the boot floor which gives you another 60 miles in case of emergencies. And if all else fails, for longer journeys that you plan in advance, BMW will swap your i3 for a more suitable diesel or petrol engined car, for as long as you need it.

With this in mind, i3 owners need never worry about being caught short. Although an electric car won’t be able to do an unexpected road trip, it will help you to significantly reduce your carbon footprint.

Another problem faced by older generation EV’s was that the battery life decreased over time, meaning the car wouldn’t run for as long between charges as it did when it was new. However, before you consider moving closer to work, take a look at the solutions offered by newer models. Short-term range extender hybrids, like the Vauxhall Ampera, use a small petrol engine to top up the battery, meaning you needn’t fear a failing battery.

While EV’s are sold as an eco-friendly solution, as will all modern technology, there is still an environmental cost.  There may be no exhaust emissions, but depending on where you live and where you buy your power, the electricity used to charge your car may well come from burning coal, oil or gas, so you’re shifting the pollution elsewhere. On the 11th November 2013, the BMW i3 received the ISO certificate 14040/14044 for its environmental footprint, which confirms the fact that the i3 complies entirely with the targets set during its development regarding environmental impacts generated during sourcing, production, usage and subsequent recycling.

While fully electric cars may still find it hard to compete with internal combustion models and hybrids, BMW’S i3 is certainly an innovative step in the right direction.  The electric car for everyone is still the future, but it’s getting closer.