Electric Car Conversions For Muscle Cars Are A Thing, And They’re Beautiful 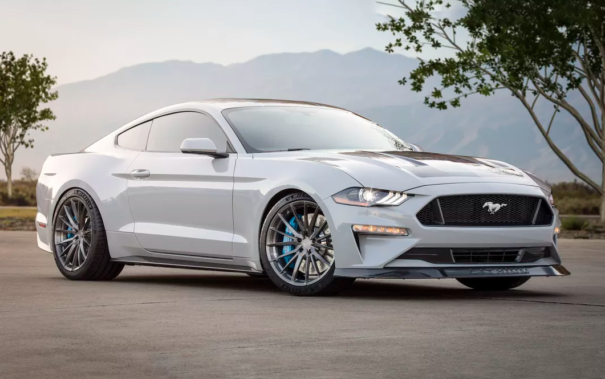 Most people will agree that the traditional combustion engine is going to go the way of the dodo bird eventually. There will be a time one day when all cars will be electric.

This makes muscle car enthusiasts very sad. Where will the torque come from? How can you satisfy your need for speed?

Well, there are people turning the muscle car on its head by converting them to electric. The interesting thing is that electric technology is well suited to muscle cars. There is quite a bit of torque and it comes instantly. No traditional V8 can convert the torque as fast.

Muscle cars from the 60s and 70s are being converted and really turning heads. And it is easier than ever to maintain and charge an electric car thanks to the abundance of charging stations. And the best EV Charging App can keep it charged by helping you find these stations.

In this article, we will go over some of the best conversions out there to get you thinking about the possibilities when it comes to electric vehicles.

Nothing says muscle car quite like the Mustang. It set the standard on what one should look like and how it should perform. The Lithium is not a restored classic car that has been converted to electric. It is a prototype that Ford has built to showcase what electric vehicles can really do.

It is equipped with a 800-volt battery pack that powers a Phi-Power dual-core electric motor and dual power inverters. It offers up a whopping 1,000 pounds of torque and 900 horsepower. For now, it has a manual transmission with 6 speeds.

The design of the new Mustang looks as modern and high tech as the internals are. It screams cool and when it does eventually start production there will likely be a long line of gearheads looking to buy.

A Taiwanese company has converted the classic Camaro from 1969 to show off exactly what its new battery technology can do. Thanks to a liquid cooling system, plus the ability to stack batteries, there is a lot of power that can be used to make for a potent muscle car.

Since it is retrofitted, there is nothing looks-wise to give away the fact that it doesn’t have a combustion engine. Though it is limited to 320 horsepower, it shows that you can convert a car to electric and still enjoy some beefiness.

Chevy doesn’t want to be left behind by Ford, so they also decided to jump into the EV fray with their own muscle car powered by batteries. The eCOPO also features 800 horsepower like the EV Mustang.

So far, it has been used in drag racing settings to show off the instant torque the batteries provide. The interesting part is that it is designed to fit with any Chevy transmission so there are some nice possibilities there.