Driven To Distraction! The Most Pointless Features In A Car 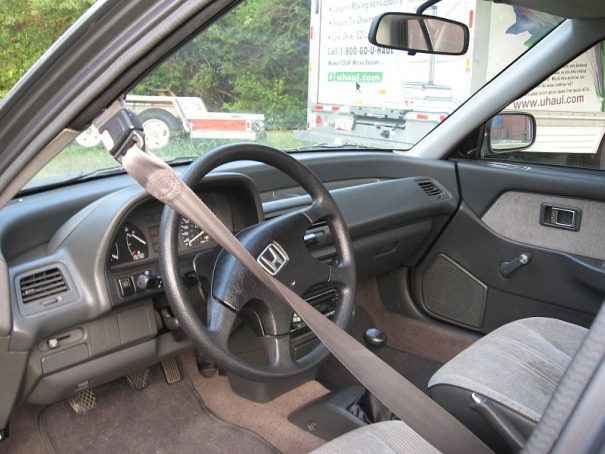 When you picture your dream car, no doubt it’s got lots of fancy features. But nowadays, there are so many features on an average car, that, whilst some are handy, others are, ultimately, pointless! What are the most pointless features in an average car?

Used on automatic transmissions, this is meant to give the feeling of driving a manual car. As you anticipate the gear changes, you flip the paddle shifter, and it changes up. But, it’s an automatic car, and so, they drive themselves! The only thing you are doing by clicking this switch to change gear is making the assumption that the car should be in a certain gear by now. If you learned to drive in an automatic, how are you meant to know?! For the vast majority of drivers, an automatic is a glorified go-kart, and thus it should remain.

Yes, windscreen wipers are pretty damn handy, but when you have sensors that have difficulty adjusting to the moisture in the air, the speed it wipes can prove to be a major annoyance. Case in point, what if you were driving near a tornado?! Granted you should be driving for your life, but if you’ve got windscreen wipers that are flicking back and forth, this can be very distracting! And as a caveat to this, if you are distracted by the windshield wipers while driving away from a tornado, you need to get your priorities straight! But they are still annoying nonetheless!

No, not your average seatbelt, but two specific types. Firstly, the interlocked seat belt was manufactured so the car engine wouldn’t start until the seatbelt went into place. As a result, people got frustrated, and sat on the seat belt rather than in it. This was back in the 70s, and manufacturers have learned their lesson, but another annoying feature that is still partially commonplace is the motorized seat belt. It’s a pretty useless invention, and if we were to end up in an accident, this would cause a major obstacle to us getting out. Imagine how upsetting that would be to relive when discussing the details to an accident lawyer! Seatbelts are there to save lives, not to be an annoyance.

And while many features are helpful in the car, it does lend itself to us being a bit lazier behind the wheel from time to time. And while every car manufacturer is working hard at making the latest model ahead of the times, there are still some old-fashioned features that stand the test of time, but are pointless. For example, the light, especially when it’s not working properly. Because we are reliant on GPS, do we even need a map light now? But while cars are slowly becoming automated, and we begin to get lazier in our attitudes behind the wheel, there really is a lot of rubbish lurking in the average car! And while the economic driving warning light is nice in theory, when it flashes, you begin to panic that it’s something much worse as opposed to the fact that you’re spending a couple more pennies than you thought…