Is There Such Thing As The Perfect Family Car? 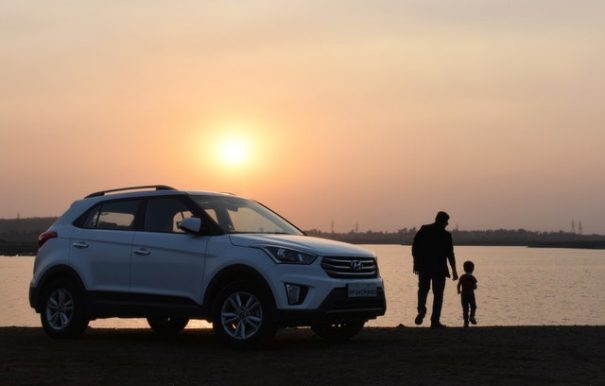 A lot of things in your life change when you have kids. That really shouldn’t come as much of a surprise and if you weren’t expecting things to change when you became a parent then you’re in for a pretty nasty shock in a few months time! However, one of the most common tragedies of becoming someone with a family is the idea that you will have to give up your beloved set of wheels. We all know the stereotype, the guy who has to give up his two-seater convertible for a minivan. We’ve seen it in a thousand movies. And yet, it is a conversation that soon to be parents need to have. After all, the kind of car that you would cruise around in as a bachelor or as part of a couple is going to be a very different thing to the kind of car that you would drop the kids of to school in and fill with grocery bags at the supermarket. Which raises that one, all-important question: is there really such a thing as the perfect family car? And, if there is, how do you know that you’ve found it? Well, here are just a few things that you might want to consider when trying to find a family car that is right for your needs.

This is just about the most important part of any family car. After all, there’s a good chance that the main reason that you’ve upgraded from one car to another is that you simply wouldn’t have the space for the new arrival in your old ride. Now, you might be thinking that all you really need is the extra seats for the little ones and you don’t need to worry about much else, right? Wrong! As little as they might be, kids take up a seriously large amount of space. Not only do you need space for a car seat but you need to be sure that the trunk of the car is big enough to fit the pram and all of the stuff you need for getting out of the house. Not to mention needing space for things like a travel cot, a diaper bag, suitcases, and the mountains of toys that kids can end up collecting over time. And that’s not even mentioning the fact that you could well end up having more than just the one. A car with a decent sized trunk is a must. Luckily, even some of the modern hatchbacks have a lot more space in the back than they did even a few years ago. Cars like the Peugeot 308 or the Skoda Octavia are great options if that’s the kind of car you’re looking for. Of course, bigger cars like a Honda SUV is perfect if you want to be sure that you’ve got a car that can stand up to a growing family. That way you can be sure that you’ll always have enough space, no matter what.

The other major concern that you will have when trying to find a family car is going to be safety. You’d be amazed just how much your relationship with driving changes once you have kids. When it’s just you, you could be driving your beloved old rust bucket that you’ve had since you were 17 at night speeds without a care. Sure, it was making that weird creaking noise again, but that only happens when you go over 85! Who cares? And yet, as soon as you’ve got your kids in the backseat, every little clunk and hiss that the car makes is going to have you on edge. The sheer level of danger on the roads is going to become all too obvious to you and it can drive a lot of new parents to completely panic. That’s why getting the safest car possible is always a good idea. That way, even if there are risks out on the road, you know that they’re not coming for your car. Again, and SUV is a great option here since most modern SUVs come with some of the most advanced safety features on the market. Cars like the KIA Forte was awarded safest car last year and with good reason! Keep an eye out for things like a car’s crash test rating. This might be something that you thought about before, but it’s always worth remembering when you’ve got precious cargo.

One of the frustrating things about having kids is just how much time you end up having to spend chauffeuring them around everywhere. Whether you’re taking them to school, to see their friends, or to their various clubs, you’re going to driving them around a whole lot, and, as anyone who’s ever done the school run can tell you, spending a lot of time in standstill traffic. Because of that, you’re going to want to make sure that it’s comfortable. This is partly for your own sake. After all, the last thing you want is to be stuck outside the school gates with a pain in your back from sitting on a lumpy, uncomfortable seat. But also for the sake of your kids. Kids can whine about just about anything and you really don’t want to give them any extra reasons to complain. Think about the comfort of the interior of the car but also be sure not to forget about things like the ride comfort as well. Most large family cars have pretty smooth rides but there are a few that can be surprisingly bumpy. Of course, the only real way to figure out what’s right for you is to test drive as many different cars as possible.

Here’s one of the issues about family cars that you can often run into. They’re big cars and big cars often have big engines. Big engines can lead to pretty major fuel expenses. The last thing you want is to end up having to pay a huge amount of money every week just to fill the thing up with gas. Because of that. It’s always a good idea to find a car with the best possible fuel economy. The most obvious choice here is a hybrid car like a Toyota Prius or the Hyundai Iconiq. Again, this is going to depend on where you’re driving and how driving you’re doing but it’s always a good idea to be aware of the kind of fuel economy that you’re going to get out of your car.

Speaking on spending way too much, the last thing you want when you’re about to welcome a new member of the family is to be spending huge amounts of money on a new car. There are plenty of things that you can do in order to reduce the cost of a car, each with their own advantages and drawbacks that you may want to consider. Firstly, there’s the option of buying used. Now, there are those who feel that a used car is never going to be as safe as a new one but the truth is that most dealerships carefully inspect their cars to make sure that they are road safe. The other option is things like a financing plan which can spread the cost over a longer period of time. You just need to be sure that you’re going to be in a position to make the payments going forward.

Okay, so you’re going for a family car. But that doesn’t mean that you have to give up everything you loved about your old set of wheels. Sure, for a long time, family cars have had a reputation for being pretty ugly but the truth is that some of them are incredibly stylish and modern. No longer is a family car this big, chunky, hideous block, now there are family cars that are every bit as stylish as their smaller, sleeker counterparts. Just because you’re moving forward in your life, doesn’t mean that you can’t look good doing it.

Here’s the thing, you might be thinking that this is some kind of tragedy. That you’re having to give up something you really love and compromise now that you’re becoming a parent. But here’s the thing, you’ve got someone on the way who you can share that automotive love with! As they get older, you can teach them about cars, you can show them what it is that you’re so passionate about. Heck, you might even find yourselves getting under the hood of your family car to tinker around. And who knows, there may even come a time when the two of you can get a hold of the kind of car that you gave up so many years before, get to work on it, and make it even better and more beautiful than it ever was before. But until then, why not enjoy your new set of wheels? You may well find that a lot of the features of a modern family car end up being pretty appealing to you as well.