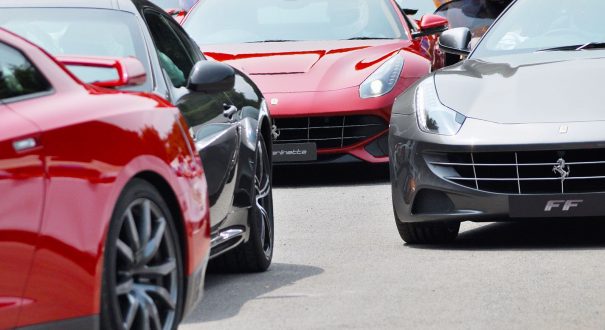 Cars lose one-third of their value as soon as you drive them off the lot. Everyone knows this, from the petrolhead who binges on Top Gear to the average guys and girls in the street. Unfortunately, it’s a fact of life that vehicles don’t hold their value and they’re assets which are money-losers instead of money-spinners.

Car-enthusiasts may find this a struggle to accept, particularly if a world-class collection is a dream. What’s the point in investing if they are going to haemorrhage cash? It’s a good point until you realise there are hacks around the appreciation-depreciation debate.

These are four tricks that collectors have to understand.

Not all vehicles are born or created, equal. Some are stunning. Others perform to a high-quality, and a rare few tick both boxes. The key is to find one that is an all-around performer as this tends to indicate that the price will stay steady. A tip: avoid Italian makes and models. As a generalisation, Ferraris and Lambos have maintenance problems that make them undesirable. Also, don’t skimp out. Saxton 4×4 has an array of vehicles at relatively high prices, but that’s the cost of a collection. To pay under the market value is a risk. Keep that in mind.

Stick With An Old Faithful

Warren Buffett is a billionaire investor who regularly drops bombs of wisdom. One of his best is to opt for shares in companies such as Coke because it’s a reputable brand. The product is second-to-none and it isn’t going to go down the pan anytime soon. A Porsche 911 is the motor industry equivalent of Coca-Cola. Jalopnik offers a couple of examples of the solidness of a 911 if you’re interested. For instance, a contributor on the site bought an old Porsche that had done 250,000 miles for 14k and sold it for 20k.

Watch Out For Japan

The US has Ford, Europe has BMW, Audi and Porsche, and Japan has well-built economy models. Using this info, there is no way you’re going to invest in a fleet any time soon. For one thing, regular makes depreciate like crazy, and, for another, no one wants a Toyota taking up room in the garage! However, the Japanese are making huge strides with the likes of the Supra. Probably the best supercar manufacturer is Mazda with the RX5, while the 7 and 8 are gaining traction too.

In the end, a collection that doesn’t depreciate isn’t going to happen. Depending on the market, some motors will drop like a lead balloon and others will stay steady or increase. It’s a fact of life as a petrolhead and it’s something to consider. If a decrease in value is inevitable, you may as well cut your losses before it’s too late. Sentimental value makes it difficult but you should think of cars as an investment rather than as a memory.

Collectors, do you have any tips that you want to share?