In looking at the photos on his Facebook page—some of them aren’t safe for work, just a heads-up—it’s easy to figure out what millionaire playboy Dan Bilzerian enjoys outside of making bank as a poker player. The guy clearly loves all the things you’d associate with a rich dude living a lavish lifestyle: women, guns, private jets, working out, and, most importantly, his car collection.

Earlier this year, Complex point out the fact that Bilzerian has the kind of collection that would make most rappers jealous—and they were right. In scrolling through that list, which was derived from his social media accounts, you can find him chilling near his tricked-out trucks and jeeps, a number of supercars (including one beautiful black Ferrari 458), and a few classic/antique rides as well like his Cobra Shelby. Basically, he has many of the luxury cars that we tend to write about here at Turbo Nutters.

Whereas most poker players with his type of bank account (or close to it) are professionals working the various tournaments and/or playing online, Bilzerian sticks to playing the game at home and in other private facilities. According to Calvin Ayre, he said he’s made upwards of $50 million by playing against corporate fatcats who have money to blow—and they are clearly willing to do so in poker games against Bilzerian. What’s interesting is that he’s played in some tournaments, such as a 2009 World Series of Poker event, but he argues that you’re more capable of losing money there than making it. As a result, he’s sticking with his plans to win big through private games.

If his over-the-top lifestyle is something that you’d be interested in trying out for yourself, well, you should probably start with learning how to play his game. Bet Fair is home to a helpful guide on the basics of Texas Hold’em, the most popular version of poker, along with a number of other varieties. After learning the ropes and putting your skills to the test online or at a nearby casino, you may want to move on to throwing some private games for yourself. You know, just like Bilzerian, though you’ll probably have to also do some serious networking to play against the type of people he does. If and when that happens, just make sure to stick to the laws, which you can view here, and then you should be good to go. Good luck!

If you want to learn more about Bilzerian and keep up with his antics, follow his aforementioned social media accounts and head over to his fansite. They have definitely got the guy, and his top-notch collection of vehicles, covered. 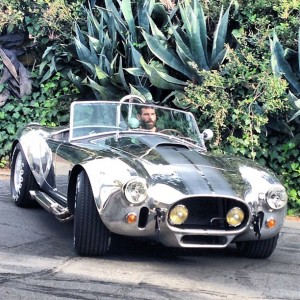 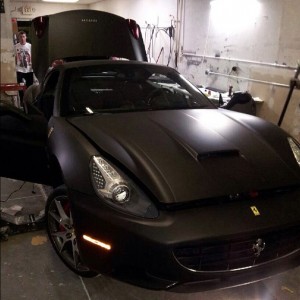