Can you make money from number plates? 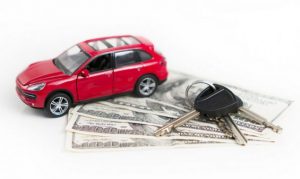 When you think of a number plate then chances are that you will automatically think that they are just a way to identify your car. Or, if you fancy going for a personalised number plate, make it unique and personal to you.

However, what many people don’t realise about number plates is that they can actually be a way to make money. Especially if you buy a personalised one from a site such as this one.

But how can you make money from number plates?

Why are number plates worth money?

What number plates should I be looking out for?

The amount of money that you can make on a number plate will, rather unsurprisingly, depend on the number plate that you choose. One of the main things that you should do is to try and stick to words or phrases that are likely to be popular with other people. You might have a common name, or you might even buy a number plate that doesn’t actually relate directly to you, but that is made up of a popular phrase (such as XXXX or 4X). These are likely to appeal to someone, which means that they will sell.

If you have a spot more money to invest then you could check out the DVLA auctions for when they sell their shorter number plates or those that are seen to be dateless. These are usually much more expensive than other numb plates, but when sold on, they could make a rather impressive amount of money.

Things to look out for when you buy a number plate

You might think that a vulgar or crude number plate is a fun investment, but over time, these offensive number plates can end up being banned, which means that you are not going to be able to sell it on.

You should also make sure that when you buy a number plate from someone that you are able to see the V750 certificate of entitlement and that it is then signed by the person whose name is at the top. Only the people who are named in the certificate are going to be able to assign the number plate to their car. There is a £80 fee for transferring a number plate, which, if you are buying them to sell on, you are going to need to include this amount in the cost of your investment.

A good way to buy a number plate is to check out online sellers, not only are these more likely to be reputable, but they will also have plenty of choice for you to look through too.