History of the Batmobile 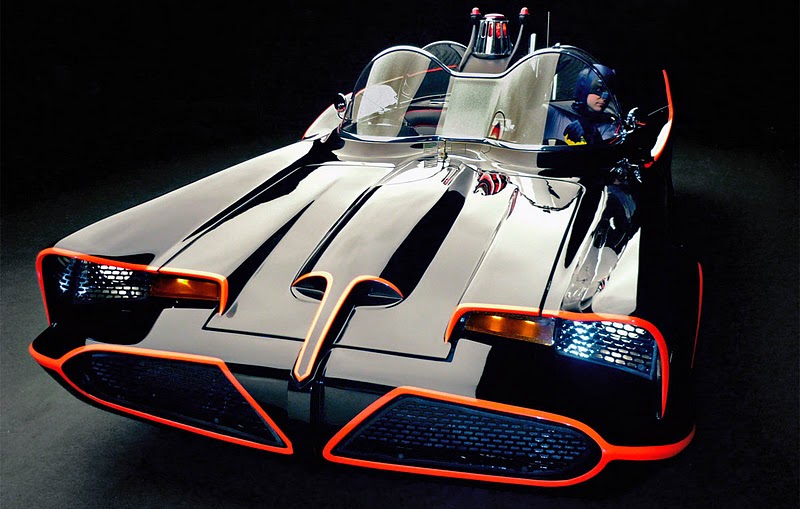 Some cars leave a mark on people’s imaginations for how beautiful they are, or how powerful, or how well they handle. Others are made famous by the celebrities who drive them. Today we shall look at the interesting history behind a car that is world-famous, but that has only been driven in people’s imaginations: the Batmobile.

Batman is one of a very restricted group of superheroes to have his own tailor-made car. The first time we came across his crime-fighting vehicle was in issue #8 of his regular publication, in 1941. That was the first time that the term ‘Batmobile’ was used. We have no way of knowing what model the illustrator had in mind, but we know that it was a red convertible, and a powerful one by the looks of it. All convertible cars have always held a special place in people’s imaginations, so it made sense that super-billionaire Bruce Wayne should sport one, even when wearing his mask.

Roll on the sixties, and the legendary TV show that covered up punches with ‘Smack!’ and ‘Ouch!’ cartoons. Finally we have a real car for Batman – a special Ford model created expressly for Hollywood by lead stylists Bill Schmidt and Doug Poole Sr. In the hands of another stylist, George Barris, it was customized to become a lean, glamorous cross between a convertible and a limousine – exactly the type of car that you’d expect a fashionable super-hero like Batman to drive.

But it was the 1989 model for Tim Burton’s film Batman that remains the most memorable, reappearing in an almost identical form in several of the comics, in the animated TV series, and in Burton’s own sequel Batman Returns. The chassis was that of a Chevy Corvette, but in the hands of designer Anton Furst (who also gave an identity to Gotham City), it became something new and unrecognizable. A flat, elongated missile-like vehicle, apparently powered by a turbine, would accompany the masked avenger on his missions for years.

The Christopher Nolan vehicles of the last decade revolutionised the looks once again for the Batmobile, but this time there is no car that serves as its model. The new machine is more like a tank than a car, inspired by the armoured, tracked Batmobile from Frank Miller’s famous graphic novel, Batman: The Dark Knight Returns (1986).

So is the most popular nocturnal superhero destined never to drive a real car again? If we may be so bold, we’d like to suggest a candidate for the next bat-artists. The concept for the FS1 model to be produced by MERCEDES comes in a deep black chrome. It is slick and aggressive, with all the comforts of a luxury car and all the power of a sports car. It is the perfect vehicle to strike fear into the heart of crime!