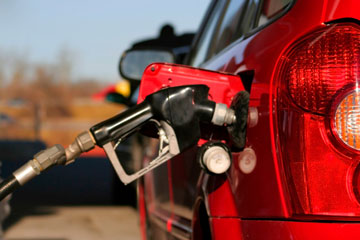 With rising fuel prices, it’s not a great time for the motorist. However, there are a number of ways in which you can boost your car’s fuel economy and make those precious pennies stretch a little further. Follow our 10 handy hints below and see just how much you could save.

Extra weight in your car has an effect on fuel consumption. We wouldn’t advise leaving your passengers by the side of the road but you can remove unnecessary items from the boot, or take out a child seat when not in use. Lugging bulky items about will also make your car feel less responsive, so take out whatever you can.

Driving around with wrongly inflated tyres is a certain way to decrease your fuel economy. Both over- and under-inflated tyres will have an effect, so check your handbook for the right pressures and keep an eye on them regularly.

The best way to ensure your car is performing well is to get it regularly serviced. Skipping services is a false economy: not only can it be potentially hazardous but it increases the chance of your engine not performing at its optimum – decreasing performance and thus costing you money.

Drivers with a heavy right foot will find their fuel economy dwindling – blistering acceleration may be a feature of your car, but speeding away from the lights is a great way to burn up fuel. Similarly, it’s far more efficient to brake gradually than suddenly bring your car to a sudden stop; where possible, anticipate the need to change speed and do it gradually!

Roads have speed limits for a reason – safety. Driving at high speed is not only more hazardous but uses up more fuel. Cutting your speed from 70 to 60 MPH for example can reduce fuel usage by around 10%. If you can afford the slightly increased journey time, reduce your speed and watch the savings rise.

Increased drag and resistance will use more fuel, so if you have a roof-mounted storage box get rid of it when not in use! They may be practical space-savers and fantastic for taking on holiday, but they’ll reduce your economy too.

If you’re in the habit of making a series of short trips, see if it’s possible to combine journeys an save money that way – grab your shopping in conjunction with the school run for example. Of course, the best way to save fuel is to not actually use any – make that trip to the corner shop on foot and you’ll save money and get some exercise into the bargain!

Turn off the air-con

Tests have shown that using air-conditioning systems at low speed dramatically affect fuel consumption; if you can get he same effect by opening a window or two, it makes sense. At higher speed, or on a motorway run, using air-con has a much reduced effect on economy, but it’s a real no-no when crawling along!

Many new cars have built-in guides indicating the optimum time to change gear; these tend to be at pretty low RPM (around 2000 RPM for a petrol car) – whether you have a computer telling you to change gear or not, try changing up at lower RPM and see the effect it can have.

If you’re stuck in a traffic jam or a long delay, turn your engine off – it saves much more fuel than having an idle engine ticking over. Many new cars also come with stop/start technology which automatically performs this task for you.

With a little thought, it really is possible to make significant improvements to your fuel economy; try a few of these tips and see just how much you can save. It’s also good to educate drivers of the future – if you’ve recently purchased insurance for your son or daughter who is learning to drive  to pass on the benefit of your wisdom – and driving skills, show them the benefits of greener driving too!