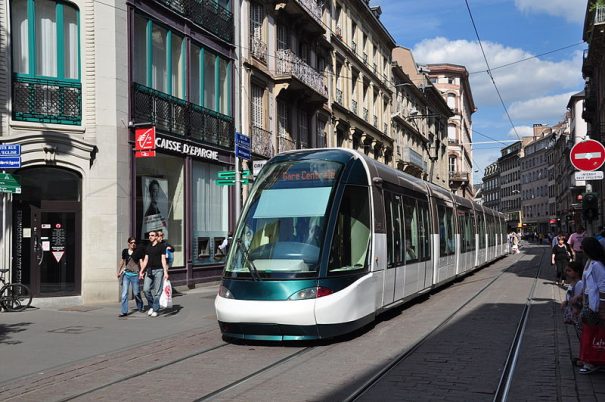 It’s the middle of the month and the end is nearing. No, this isn’t a reference to your mortality! It’s a shout out to your bank balance and the fact that there is never enough to go around. Normally, it’s fine because there isn’t much you need other than the essentials. Sometimes though, the stuff which falls into the latter category is expensive. Exhibit A, ladies and gentlemen: a car.

The majority of us can’t get by without a vehicle. It might be indulgent and unnecessary, but it’s the truth. A car is quicker and easier than any other mode of transport. So, what happens when you’re skint and don’t have any extra money to buy bread never mind a brand spanking new motor? What do you do?

The answer is to stick to the rules of car-buying when you’re flat broke. Yes, not only do they exist but five of them are listed underneath for your information. Remember: with great power comes great responsibility.

Think Of The Alternatives

Nobody is exempt from convincing themselves they need something when they don’t. In truth, we want to buy it and that’s why we get it into our heads. A car is a prime example. On the face of it, it’s one of the most important assets in life. Not only does it command a high resale price, but it’s efficient and comfortable. So, the idea that one isn’t necessary is a hard pill to swallow.

However, think about it rationally and it might be the case. Sometimes, it’s possible to get to work and school on the bus and via a train, especially if you live near a bus stop or train station. And, it might be cheaper depending on the line or company. Even paying for taxis can work out less expensive because there is no initial outlay and no need to pay for tax and insurance.

Finally, there is walking. It isn’t always feasible when the distances are long and the weather is bad, but you can mix using public transport with getting exercise daily. Always ask yourself whether you need the car before signing on the dotted line.

Cars have come a long way since the late 19th century. Nowadays, they reach speeds in excess of 100mph and have so many gadgets they’re tough to drive. The Benz Patent Motor Car looks like a relic of a bygone era compared to the new Mercedes. Regardless, the point of a car is the same now as it was in the past: to get from A to B quickly and safely.

Too many drivers forget this when they buy a new motor and it hurts their bank balance. Rather than purchasing a model which is perfect for pottering around short distances, they opt for a powerful engine and a huge exhaust. Driving long distances is a luxury you can’t afford (literally) so it shouldn’t be on your radar. Instead, the cars on the hit list should be the ones that do short distances, such as home to work and back.

Everything else you can do via a train or bus if necessary. Sure, it’s not as comfortable yet it’s nowhere near expensive. After all, it’s a once or twice a year expense compared to a daily one.

Be Wary Of Too Cheap

There is nothing wrong with buying a cheap car. In fact, the price should be low rather than high because a significant sum doesn’t have much to do with performance. You’re paying for the extras and they are pointless in the grand scheme of things. Around £2,500 to £6,500 is perfect as it only takes into account the important stuff. Anything over that is too much, but anything under it is a risk also.

The reason is simple: the seller is overcompensating. They can’t sell it at a decent price as they can’t validate the amount because there is a lot wrong with the car. Most sellers will be forthcoming and admit this to a buyer, yet some people will continue regardless. They see the low upfront rate and are pulled in.

What you don’t see is the future. You can’t imagine standing by the side of the road waiting for a tow truck. You can’t picture receiving an invoice from the mechanic for hundreds of pound. You can’t spot this happening multiple times throughout the year. Paying extra in the short-term should save you money in the long-term.

Dealerships take the finances of their customers into account in the 21st century. Today, there isn’t a self-respecting sales rep that won’t have an option for the hard up. They want your money and don’t want your lack of it to be an issue. Leases with balloon payments are popular nowadays for this exact reason, as are loans for car finance guarantor schemes. Even traditional rentals are making a comeback.

Although they seem feasible, it’s essential to figure out the pros and cons beforehand. Yes, they make it possible to have a car now but what will the damage be in the future? Affording a lease, for example, is dead money because the car will never be yours. Can you validate the three years spent paying for an indulgence when funds are low? The same goes for a balloon payment if you sell it back to the dealer.

The key is to make sure it’s affordable now and not a waste of money in the future. Check out this link for a more detailed explanation.

Cold hard cash isn’t as popular as it was a decade ago. Today, it’s all about plastic finance, and a car is an ultimate illustration. Although you’re not cash-rich, it’s still essential to think of ways to fund some of the deal with paper money. The reason is obvious: to avoid loans.

Lenders charge interest and that bumps up the total cost, which is why a half and half deal is advisable.